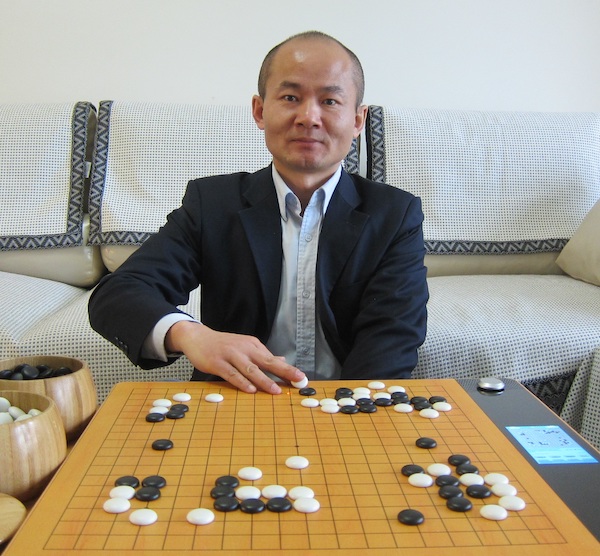 Born in 1978 in Hunan, China.
Overseas marketing director of IZIS.

Fourteen years ago, a go enthusiast named Professor Wu Kun – Ph.D. in Mathematics and Statistics – began developing an AI program with the help of his students at the Central South University in Changsha, Hunan province of China. Their idea was for their AI to help people, especially kids, to learn go in an entertaining way. They named their program “MyGo.”

After six years of theoretical research, MyGo won the computer go championship in China in 2014 and represented China in the 1st World Computer Weiqi Tournament in Beijing, competing against other programs from different countries, such as Zen, DolBaram, Ray, Many Faces of Go, TeamPachi and GoLois. 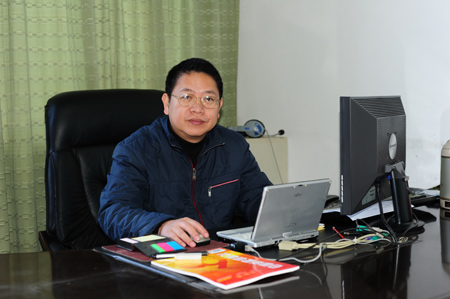 Prof. Wu Kun at his workplace at the Central South University.

Professor Wu believed go could help develop children’s intellectual abilities and keep the elderly mentally engaged, thus delaying the aging process. He also believed the game would become more and more popular in accordance with the improving standards of living globally. With all that in mind, his team took to the drawing board in order to develop a truly intelligent goban. In 2014, the IZIS company was founded in Changsha for this purpose. Its Chinese name is 隐智. The first character 隐 means “hidden” and is a character from one of the names for go in China – 坐隐.The second character 智 means “intelligence” or “wisdom”.

Unfortunately, Professor Wu had been seriously ill from the outset of the project; he used to say that he forgot the pain while playing go. When the professor passed away in 2016, the IZIS team had no idea whether the project would be successful or not; the only belief that supported everyone moving forward was to carry on the Professor’s last wish – to create the AI go board.

After thousands of attempts and failures, the IZIS AI Go Board was finally released to market in 2019. Over 10,000 sets have been sold in China and other countries all over the world; both amateurs and professionals highly praise the AI board. We are already in the third generation of our product. 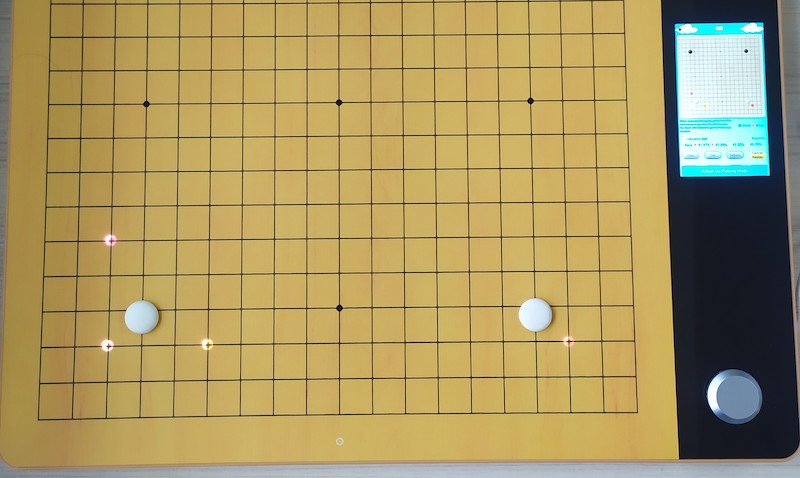 Moves suggested by the AI are highlighted

The IZIS AI Go Board is an all-in-one goban. Some features of the device include:

Go is a game with deep cultural roots and important aspects of etiquette. At IZIS, we believe that a real and tactile board is important to the continuity of these traditions. Instead of a mouse, you can hold a real stone and, furthermore, your eyesight is protected from computer screens. 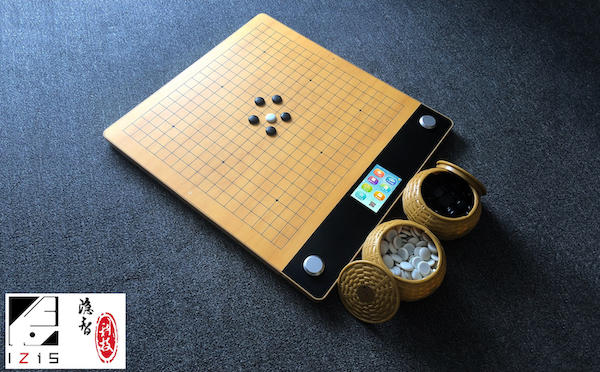 The IZIS AI Go Board

The IZIS AI Go Board will soon be available for purchase in the EU at the Hebsacker Verlag online shop after we obtain the CE certificate. If you have any interest in our product – do not hesitate to send us a message on social media or via email izisboard@aliyun.com.