Since 2012, the strongest Czech players have competed in a unique tournament for the title of “Go Baron”. What makes this event so unique are its prizes – gold coins. The latest Go Baron was decided this month, and I thought it would be a great opportunity to speak with Vladimir Danek 5d, the tournament organizer, and write a short report on the event. You will also find a brief interview with this year’s winner, Lukáš Podpěra 7d. 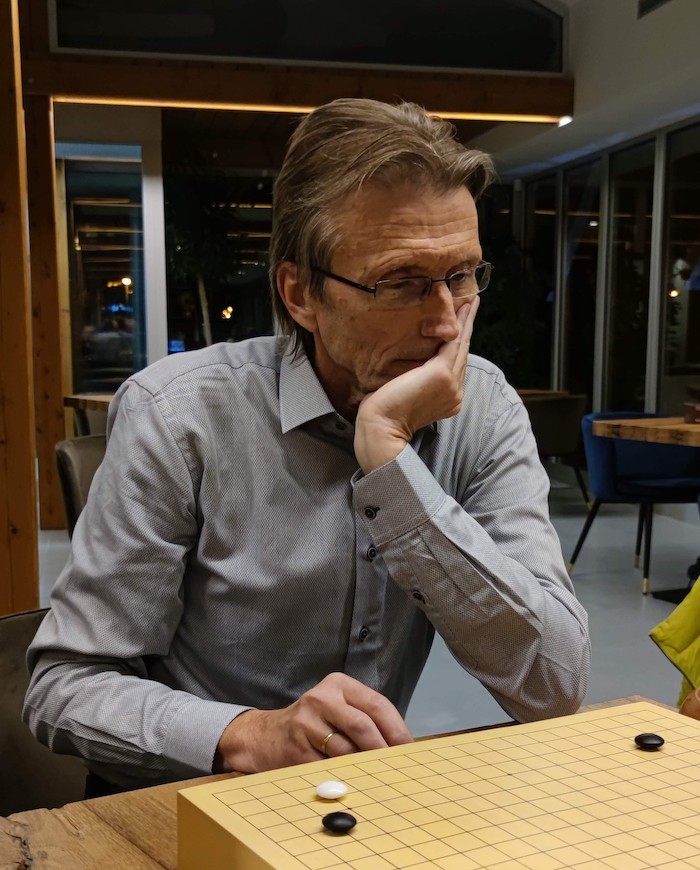 Vladimir: Go Baron is the short name of “The tournament for three ounces of gold and the title of Go Baron”. This year was its tenth edition. The games are broadcast on KGS and the event is very popular among Czech go fans. I am the organizer and usually also a participant.

The sponsor of the Go Baron is Josef Němec, a go enthusiast and businessman living in Prague. Ten years ago, Josef came up with the idea of a new kind of competition to promote go as a mind sport in Czechia and financially support the top Czech players. The format is unique not only in Czechia, but in the whole of Europe. Similar to Asian go titles, Go Baron is an annual title competition with a double-elimination preliminary tournament that determines a challenger to face the current title holder in a best-of-five match. Fischer time settings and AGA rules are applied to the competition and the prizes are two gold coins for the winner and one for the challenger. Josef Němec is a conservative investor and hopes that young players will learn that investing in gold is a good idea.

This year’s qualification tournament was held from the 19th until the 21st of November in Prague: twelve top Czech players battled for the right to challenge the Go Baron title holder – Lukáš Podpěra 7d. The participants of the qualification tournament are usually selected from the top of the rating list, but we also invite “go legends” – players who are not currently active in tournaments but were on the top in previous decades. They often accept our invitation, so Go Baron is an event where old and young meet. This year one of the “go legends” participating in the qualification was Karel Dach 4d.

After five rounds, two players remained in the qualification tournament. Ondřej Kruml 6d was undefeated and Jan Šimara 6d lost to him in the third round. Jan won the first game, but Ondřej crushed the former European champion in the second, thus qualifying him to challenge Lukáš Podpěra for the title. 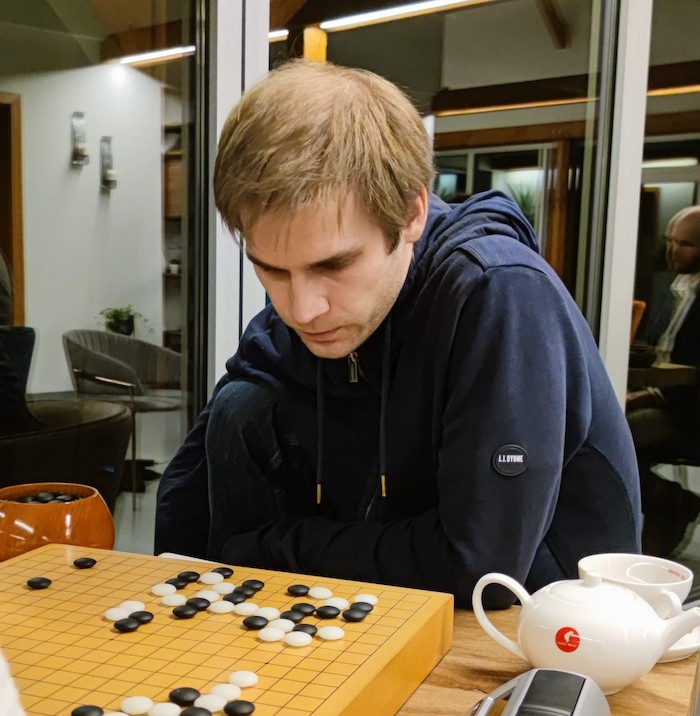 Ondřej Kruml 6d – the winner of this year’s qualification tournament and challenger for the title. Photo by Jaroslav Kotowski.

As for me, this year I demonstrated quite a good performance and was among the last four players in the qualification tournament. I played in the fifth round against Jan Šimara, but unfortunately, I ended up making a blunder and lost.

The final match between Ondřej and Lukáš took place from the 10th until the 12th of December, also in Prague. Lukáš won the match with a score of 3-1, thus claiming the Go Baron title for a sixth time. Congratulations go to him!

Artem: Congratulations on your success in this year's edition of the Go Baron! How many times have you participated and how was your performance?

Artem: How did the final match go this year? Do you have any specific strategy for playing against your challenger, Ondřej Kruml 6d?

Lukáš: Even though I beat Ondřej last year with a score of 3-0, it was not an easy match. I also knew that he had made much progress during the COVID-19 pandemic, so I was not surprised to hear that he had won the qualification tournament again and prepared myself for even tougher match this time round. However, I didn’t plan on changing my usual strategy; I just wanted to play calmly and wait for Ondřej’s challenge, which normally doesn’t take long. 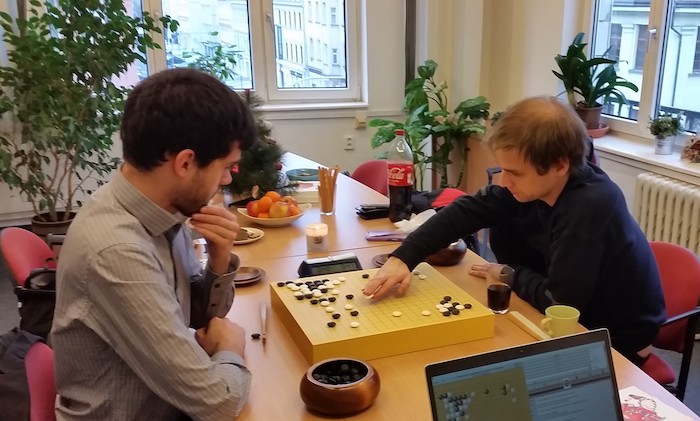 The first game was full of dramatic fights. I made some unnecessary mistakes, as did my opponent, but in the end I managed to pull out a 6.5-point victory in the endgame.

The second game was probably the easiest one, because Ondřej made a very bad trade at the beginning of the middle game, so it was not hard to close out the game with 15 points.

I was up 2-0, but I knew Ondřej still hadn’t pulled out his secret weapon, which is a deep knowledge of modern AI play. In the third game, he managed to trick me in a new joseki variation that I didn’t know, so the beginning of the game went poorly for me. Even though I turned the game around later, Ondřej played a sharper endgame and won by 1.5 points.

I was a bit nervous about the continuation of the match into Sunday, because in the past it was usually already over by Saturday. What’s more, I began to feel a pain in my back, which happens to me from time to time, so I decided to call my plan for this game “no unnecessary complications whatsoever”. Early on, I took solid territory everywhere and slowly outplayed my opponent. Ondřej resigned in the endgame, when I was ahead by 5–10 points. 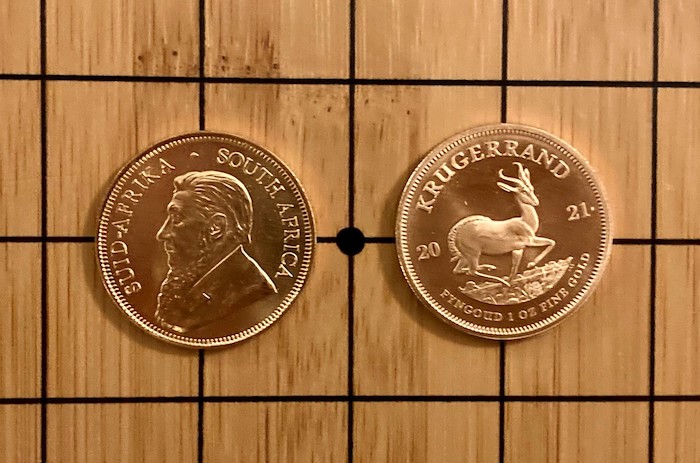 Artem: What is the equivalent of your prize, two ounces of gold, in euros?

Lukáš: The current price for one ounce of gold is roughly €1,600, therefore my prize was about €3,200 in total. However, it hasn’t always worked out that way. I remember when I won my first title match in 2015, the price was only slightly above €1,000 for one ounce of gold. On the other hand, during the periods of strict lockdown last year, it jumped to nearly €2,000 at some point. 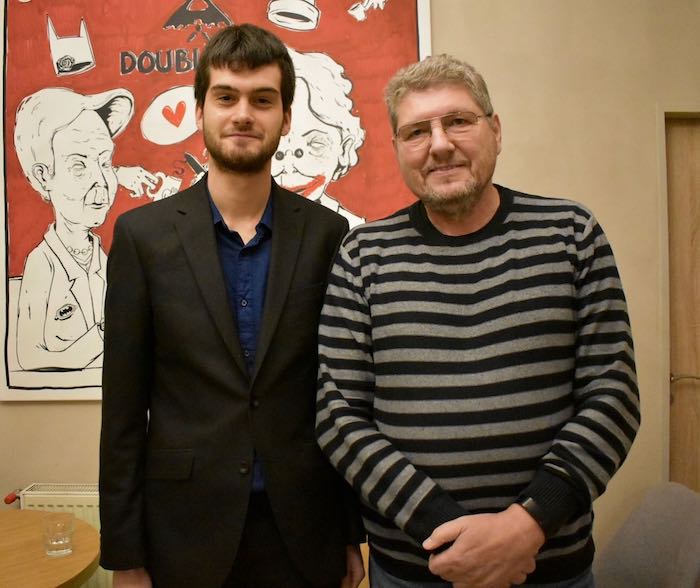 I’m very grateful to Josef Němec for his very generous sponsorship and to Vladimír Daněk for organizing this tournament. Without this event, I’m not sure if I would have reached my current level. I’m a full-time go player, so winning this tournament is important for my livelihood; it increases my motivation to keep improving at go.

Artem: Thank you for your answers, Lukáš, and good luck in the future editions of Go Baron!